So following the re-release of Imminent Danger, I was over on Goodreads doing some editing — making sure the new purple cover shows up when you search for the book, making sure the reviews transferred over from the old edition, etc. And I discovered something very odd.

A gentleman named John Hayward (probably not his real name) had given a 1 star rating to all three of my published works — i.e., Imminent Danger, as well as the two free short stories. Fair enough. He hates my writing. A bit weird that he didn’t bother reviewing any, just slapped on 1 star ratings and called it a day, but whatever. No, wait, that is really weird …

So I went to his profile page. He joined Goodreads December 2014. He left three 1 star reviews — all for my books — on the same day in the span of 3 minutes. He hasn’t posted a single rating or review since then.

Yeah, something fishy’s going on.

I contacted Goodreads about it — this guy is obviously trolling — and I got an email back from them yesterday. The bottom line is they do have a system in place for removing false ratings and reviews, but this user didn’t have enough red flags on his account to justify an investigation. Basically, they were sorry about it, but they can’t do anything. They were very professional and polite, and they urged me to contact them again in the future if I found more suspicious circumstances.

Here’s a screencap of Mister Hayward’s profile page for your viewing enjoyment:

And here’s his profile page if you want to see for yourself: https://www.goodreads.com/user/show/37879516-john-hayward

I don’t blame Goodreads for not taking down this guy’s ratings — they have a system, and I get that. So that leaves me to wonder what I’m supposed to do about it. It also makes me wonder what this guy’s deal is. Did he really, honestly, truly read all three of my books, hate them all, and create a Goodreads account just so he could leave 1 star ratings? Is he someone I’ve pissed off, and he’s trying to get back at me via online ratings? Is it some random troll just passing through? Only time will tell.

Thus ends my tale. Any insight is welcome and appreciated!

Prepare yourself for some major feels (i.e., sad feelings) …

Greetings, my fellow bloggerites! I just wanted to check in and let you know that:

In other news, I’m off for the long weekend (Canada Day!) to attend my friend’s wedding, so if I appear to be suspiciously absent for the next few days … well, it’s because I’m not here. I’ll post more about the book reading when I get back.

Oh, and don’t forget to enter the Goodreads Giveaway for Imminent Danger And How to Fly Straight into It! No purchase necessary, much love for all who enter, and the contest ends on July 1.

In conclusion, live long and prosper, and enjoy the unrelated media.

Posted on September 30, 2012 by Michelle Proulx

I wouldn’t consider myself an “expert” editor, but seeing as I’ve spent the last two months of my life editing Imminent Danger, I’d say I’m at least qualified to give out a few amateur tips.

Today’s topic revolves around keeping track of the little things. I’m not talking about punctuation, or spelling, or capitalization. I’m talking about remembering what your character is actually doing. As in, where are they in a particular scene? Are they standing? Are they sitting? If they were sitting and then stood up, are they still standing the next time we hop back to them? Are they holding anything? Do they not have it when they say their next line of dialogue? Where did it go?

My biggest faux-pas with this type of thing came not in Imminent Danger, but in a Harry Potter fanfiction I wrote years ago called Harry Potter and the Dream Come True. In the story, I had Harry get magical laser eye surgery so that he wouldn’t need his glasses. I promptly forgot about that, and in the next chapter he was wearing glasses. From that point on, in some chapters he wore them, and in some chapters he didn’t. My readers were furious. They demanded I change it. I had every intention of doing so, but then I went to university and forgot all about Harry and his mysterious disappearing and reappearing glasses. Heck, it’s Hogwarts. There are weirder things there than magic glasses, am I right?

I’m probably not. That’s okay, though. Moving on!

So I’ve compiled a handy list of little things in your book/novella/screenplay/poem that you might want to keep track of in order to prevent inconsistencies and what I call “Reader Rage”. Thus, I present to you:

Keep Track of the Little Things! (a checklist)

Okay, I ran out of ideas. But you get the point! You want to avoid an Ascanius situation at all costs. And for those of you who didn’t study Classical Studies extensively and haven’t read Virgil’s Aeneid (so, no one, right?), Ascanius is a kid who varies in age from a toddler to a teenager throughout the story based on what the situation demands from him. One moment he’s leading troops into battle, the next he’s being bounced on Dido’s lap. I’m simplifying things, obviously, but that’s his age problem in a nutshell.

There aren’t enough pictures in this post, so here are various representations of Ascanius in art. Note how he varies from (winged?) baby to teenager to child: 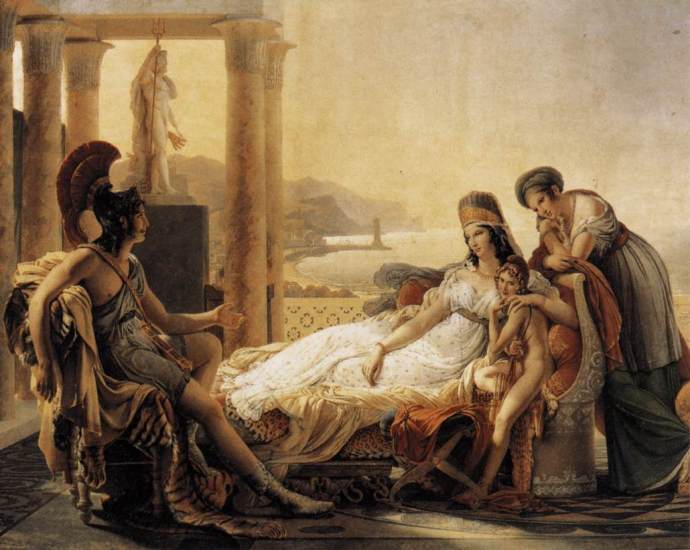 Minor logical consistencies are indeed minor, but they’re still hella annoying if you notice them while reading. So fix them before that happens!

Note before clicking: “Ken M” is a person who goes around and posts “troll” comments for his or her own amusement. Other commenters don’t understand he is “trolling”, and react poorly.