Important note: The book being reviewed below is the sequel to Catskinner’s Book. 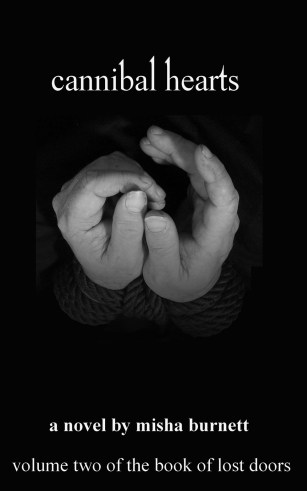 Misha Burnett has been writing poetry and fiction for around forty years. During this time he has supported himself and his family with a variety of jobs, including locksmith, cab driver, and building maintenance.

A year ago James Ozryck was a loner, forced to keep the world at bay by the alien entity he calls Catskinner who shares his body. Now he has found a community of others whose lives have been changed by the Outsiders.

Along with Godiva, his half-human lover, James runs a property management company that serves as a front company for Outsider activities.

When the pair’s mysterious boss, Agony Delapour suddenly shows up in town with a new project, however, things gets dangerous fast as events unfold that threaten the life that they have made.

Despite its admittedly dark and gritty nature, I had a lot of fun reading this book. It’s a great sequel to Burnett’s first novel, Catskinner’s Book, and I especially liked that all the characters I enjoyed in the first book made their way into the second book. One of my personal favorites is the red vixen, Miss Agony Delapour, who played a minor and terrifying role in the first book, but happily gets much more screen time in the sequel.

One theme I really like that runs through the series is that we’re never quite sure what’s going on with everything. We’ve got our protagonist and his associates, who are actually more bad than good, some of whom try to actively do good things and fail, while others are clearly bad but just happen to be working with good people for their own nefarious purposes. And we’ve got our antagonist, who’s the dictionary definition of “mysterious” – we don’t know who he is or what he’s planning, beside the fact that he’s apparently trying to kill off the protagonist. And the fate of the antagonist is just brilliant. You’ll have to read to find out what it is!

All in all, a thrilling read! I recommend you check this out if you’re a fan of sci-fi, thrillers, or mysteries.

Five out of five blood-encrusted stars.

This is a really cool game my brother showed me the other day. It’s really off the wall and bizarre, so check it out if you have a few spare moments and want a nice escape from reality!