How do you decide what to write? 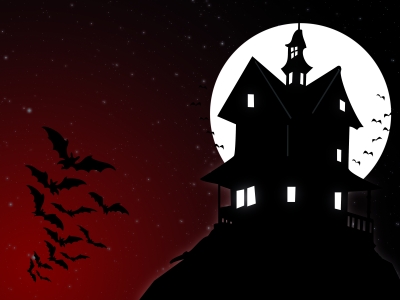 I’ve recently been having a crisis. I would call it a crisis of faith, but that seems a little overly dramatic. Let’s call it a literary crisis.

I love writing, obviously. I love to write books, especially YA books. Ideally, I’d like to write about whatever I want, and then sell enough of these books that I can quit my day job and write books for a living. But the problem is that what I like to write, and what is currently popular, do not match up.

I recently read an article which outright stated, “If you want to make money, write Vampire Erotica”. And I have to say, I was tempted. I mean, vampires are in right now. If I were to write even a semi-decent book about vampire romance, I could probably make a good amount of money. But is that the sort of thing I want to do? And I’m not talking about sacrificing my integrity as an author. I mean, do I want to put myself through the process of dreaming up a story about vampires and humans and werewolves and all the other literary tropes that are selling right now? The answer is: I don’t know.

Money rocks. But so does writing what I care about. And I’m not sure I could care about vampires. I love Buffy the Vampire Slayer, and I quite enjoyed Twilight, but that was less because of the vampires and more about the characters. Everything I know about vampires is from TV and books, and most of that information contradicts itself. The original vampire looked like a demon, after all–hardly something you want your main character locking lips with. I suppose if I came up with interesting enough characters I wouldn’t mind churning out a vampire romance, but for all I know, by that point society will have moved on to the next YA craze, and I’ll be left with a vampire romance that no one will want to buy or read.

Maybe that’s the way to look at it. YA crazes come in phases, and ultimately, you should write what you want to write. Even if the book doesn’t have an audience now, it might very well in a year or two. I guess it comes down to whether you’re writing for love of writing, or for love of making money. And if I’m writing for the second reason, I might as well throw in the towel now, because the best sellers are non-fiction, and I am worse than useless at writing anything other than fantasy or sci-fi. So I’m going to keep on typing what I know and love, and hopefully I’ll be able to find an audience out there someday to appreciate my creations!

What do you think?

Is it important to consider potential sales and marketability when writing a book? Should a real writer care whether or not they make the New York Times Best-seller List?

12 thoughts on “How do you decide what to write?”